Roof It Right are the Roofing experts with years of experience and training. Established in 1992 we have built up the very best reputation in London and Essex. We carry out ALL roofing works from small repairs to total renewals. Flat or Pitched.

Our team understands the importance of our customers needs and insure the very highest level of customer service and professionalism at all times. We are based in East London Hackney Victoria Park giving us the benefit to cover the London and Essex areas.

All our quotations are totally free of charge with no obligations. These can be issued via email or by post.

Our staffs is fully qualified in their trade and have many years of experience meaning we can diagnose roofing issues very fast. We are also Proud Members of Checkatrade, this can give you the confidence while selecting us for your works. All our works are guaranteed depending on what is required.

Please also check out our Building maintenance page for our genral repairs service.

Our company can handle all your roofing needs and never sub contract your woks. We are the one stop shop and will always leave you satisfied. Here are some of the many services we offer:

There is many ways to contact us with your requirments.

Take a look at some of our recently completed projects! 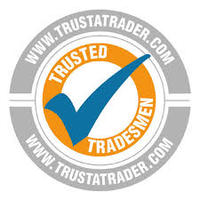